Review of Breaking the Nexus

Throughout history, myths and legends of extraordinary creatures have been told and retold. Fantastic tales of demons and banshees, gryphons and dragons, and of course, magic. Stories that every child grows to learn are nothing more than fantasy…or are they?

Beyond the world you see lies a hidden realm, the Mythrian Realm, inhabited by all of the creatures you’ve been told are mere fiction. Only one thing lies between humans and the truth: the Nexus. A magical barrier erected millennia ago to separate the two realms, it has stood the test of time. Until now.
For Mythrian Sha Phoenix, magic is nothing new. But when she stumbles upon a portal on the verge of collapse, her fate will forever change. Pulled through the portal into the Human Realm, she lands in the middle of Detective Connor Flynn’s brutal murder scene. Soon it is obvious someone is using blood magic to try to bring down the Nexus. Together, Connor and Sha must work to unravel the secrets before the barrier falls and the realms collide.
The Nexus is breaking and all hell is about to unleash…literally.

READ MORE OF THIS POST »
Posted by Jocelyn Dex at 12:30 AM No comments: 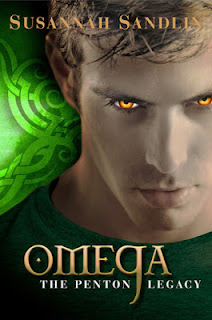 The bloody war between the Vampire Tribunal and the defiant scathe of Penton, Alabama, rages on, forcing its residents and their bonded humans to retreat into the underground fortress of last resort: Omega. There, Will Ludlam is charged with the care of Penton's humans, though he longs to fight alongside his vampire brethren. He knows the risks: as the renegade son of the Tribunal's vicious leader, Will's capture could doom the resistance.

Yet he is determined to prove his worth to his adopted scathe, to his vengeful father and to former US Army officer Randa Thomas, his beautiful, reluctant partner. Randa has little faith that a former member of the vampire elite has what it takes to fight a war. But as their enemies descend upon Omega, Will's polished charm and Randa's guarded heart finally give way to the warrior within. 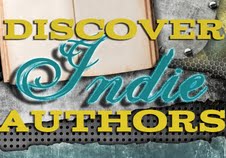 I was invited to participate in the Discover Indie Authors Blog Hop today.

Since getting a Kindle for Christmas two years ago, I've been introduced to several indie authors and was surprised at the great quality of many of the books.

I'm giving away a surprise $10 gift card. Use the rafflecopter to enter. 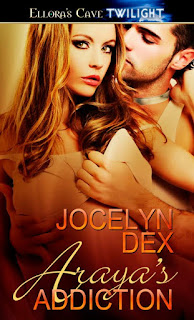 
Araya reached the door and the sight that met her eyes almost floored her. Through the fog of the glass shower door, she watched Kean’s muscled form beneath the flow of water, his head bent forward, one hand pressed against the shower wall in front of him. The other hand gripped his shaft. He pumped it with long, slow strokes from base to tip, sometimes lingering at the head.


His eyes opened as if he sensed her presence, and he inclined his head toward her. She wanted to close the door, but the alluring scene held her captive, her feet frozen in place. He stopped stroking himself just long enough to slide open the shower door, giving her a completely unobstructed view of the water running down his muscled body, running off the thick head of his erection.


Not only did her mouth water, her pussy ached and flooded with desire.


He resumed the stroking, faster this time, sometimes breaking the motion to slide his fingers over his balls. She saw the muscles in his arm tense as he squeezed and stroked harder, faster.


His strained voice startled her out of her daze. “If you want it, hurry.”


Visit other authors in the hop and enter their giveaways!

Sparks are flying between researcher Anne Crosby and no less than nine men--but it's not what you think. Whenever these nine amnesiacs touch anyone, electrical mayhem results. More surprising: all of them have dust instead of blood in their veins, even though they're quite alive. It's Anne's job to track down who and what these men are, even though she takes a dim view of the supernatural.


Her research takes Anne to Russia and the discovery of the devastating magical source behind the former Soviet Union's power--a source the resurrected KGB wants back. Anne must stop them, and they'll do anything to stop her.

I'm excited to be a part of the Big Cocks & Shamrocks Blog Hop!

There is a giveaway at each stop on the hop! Be sure to enter all of them for the best chance at winning.

Use the rafflecopter below to enter.

My debut, paranormal romance novel, Araya's Addiction features a part-Incubus hero and a Sempire heroine. *A Sempire is a female demon who requires semen to survive.

I'm excited to be a part of the Lucky In Love Blog Hop today!


Main Giveawy: To enter, leave a blog post comment on as many of the participating blogs as you want. Don't forget to leave your email address.


Are you lucky in love?

The heroine, Araya, in my short novel, Araya's Addiction, didn't think she'd ever be lucky in love. Sempires don't love, they lust and crave and hop from man to man. But Araya wanted more. She wanted love so much she was willing to die if she couldn't have it. Luckily, her hero, Kean, came along and his arrival changed her luck. His too.

Get more info about or buy Araya's Addiction


I'll be choosing TWO WINNERS for my giveaway - a prize pack, containing the following, for each winner.

Review of The Last Pyr of Eden plus Giveaway!


Outside the protected gates of Eden, ancient enemies lurk in waiting to drain elementals of all their power.

For eons, the four elementals have bled their nourishing blood to sustain life for superior spirit elementals known as Daemons. No race has suffered in despair as critically as the fire elementals—the Pyr. Their numbers dwindled down so miserably, that Raynor is the last known warrior of the race, living on a faint hope that there is more of his kind between both worlds. He ventures out constantly searching for elementals to save from enslavement. In reality, he searches for a female to bond with.

Warning: This title is intended for readers over the age of 18 as it contains explicit sex scenes and/or situations and adult language which may be considered offensive to some readers.


Review
The Last Pyr of Eden was a well written and enjoyable fantasy romance. Reading about the elementals and their plight was entertaining. The world, the author created, was nifty and the hero and heroine were interesting characters, but I think my favorite character and the one I'd like to read more about is the "guardian", but I won't go into that because I don't want spoilers in this review. I don't consider this story to be "erotic" but there are a couple of steamy sex scenes and I'd definitely consider reading another story in this series.
Excerpt
Ten years ago

READ MORE OF THIS POST »
Posted by Jocelyn Dex at 12:30 AM No comments: 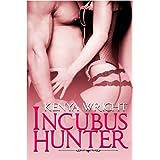 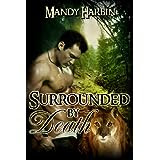 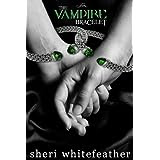 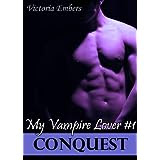 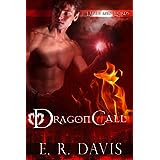 READ MORE OF THIS POST »
Posted by Jocelyn Dex at 3:52 PM No comments:

Title: Incubus Hunter
Author: Kenya Wright
Series: Elf Erotica #1
Length: 92 pages
Published February 13th 2012 by Dragonfairy Press
ASIN: B0078IPM9Q
Amazon: http://amzn.com/B0078IPM9Q
Whispers swirl throughout the underworld of Carmen, the fanged elf with the violet eyes. They say she hunts incubus demons, not for money, but to clear a debt with a powerful wizard. But time is winding down. Carmen has five days to clear the balance or she loses her daughter. Desperation forces her to go after Blaze. He’s worth two million dollars dead or alive.

The hunt begins. She spots him and sets a seductive trap. It’s just business as usual—until she ends up capturing so much more.

Review
Carmen, the fanged elf, and Blaze, the sexy Incubus, both had great personalities and the sexual tension between the two of them was hot and believable. The ending did irk me because it was sudden and instead of a HEA, it's a cliffhanger. Despite that, it was a fun, hot read.

Warning: This book contains menage sex close to the end. I did not know that when I purchased the book. Menages aren't my thing so I was slightly disturbed but enjoyed the book anyway.

Posted by Jocelyn Dex at 1:30 AM No comments:

The one thing Syrus Alcot, the God of Death Osiris in the Egyptian Pantheon, wants in all the worlds is the woman he loved and lost returned to him. When he gave up his powers, and freedom for a life of service he was promised her return. That was over one thousand years ago. A member of a team of dark gods charged with keeping humanity safe, he leads a loveless existence in New York City, searching for the one thing that could bring his wife back to him, a lapis scarab that was lost to him ages before.

Gwen Stapleton, a mild mannered librarian, is unaware that she holds the key to not only Syrus’ happiness, but her own. Seemingly stuck in a hopeless relationship with a man she doesn’t love, she has no idea that a chance meeting in Alphabet City will start a
landslide to her heart’s content. Because Gwen is the keeper of the scarab, and is everything Syrus has ever wanted… and hes not the only one.

An Ancient evil is waking, and its servants will stop at nothing to see it seize its rightful place as the new pantheon of earth. And in order for Syrus and his team to save the world, Gwen is going to have to accept him, and show that love does make all the difference.

About Author and Author's Most Recent Release

Q: Do you have a favorite quote or line from Something Darker? If so, please share.
A:  Lord theres so many good ones. I like to hear from readers what is the best in their eyes.
Q: Who is your favorite main character from Something Darker? Why?
A: Oddly, we (meaning Audra and I) Like Nathan best, who is the bad guy.
Q: Who is your favorite secondary character? Why?
A:  Kaid. He’s the celibate one of the group and the most onery. He hates everyone…
Q: What was the hardest part of writing Something Darker?
A: getting Gwen right. She had to be just enough of a broken woman that you could identify with her, but not too far gone that she couldn’t change and be who she was meant to be.
Q: What question do you wish that someone would ask about your book?